NEW RULES FOR ANNA UNIVERSITY STUDENTS WHO ARE JOINING THIS YEAR IN REGULATION 2017:

New Rules Are been Announced by Anna University

Engineering students of colleges affiliated to Anna University who fail to clear the first semester in three attempts will no longer be able to enter the third year (fifth semester) and will have to redo the failed course with regular students (juniors).

But current students were given a one-year exemption after they protested saying they were not informed of the regulations during admission.

Students of the 2017-18 and 2018-19 batches can appear for arrears till the sixth semester but can move to the final year (seventh semester) only on completing all courses enrolled in the first semester.

The internal marks secured will be carried over for the above mentioned three consecutive semesters.

For lab courses, they can reappear for failed courses when offered next by the college concerned.

Until now, students could reappear for arrears any number of times with many clearing the backlog only in their final year.

From now, those not completing the engineering course in seven years will not be awarded the degree.

The aim, Anna University vice-chancellor M K Surappa said, was to improve quality. “Students can’t appear for arrears continuously. If one is unable to clear arrears in one plus three attempts, then he/she is not fit to be engineers,” he said.

Each semester, a student can take seven core/elective subjects (worth three/four credits each) along with labs or employment enhancement courses (worth two credit points).

The most credits a student can register in a particular subject can’t exceed 36. Of this, 24 are consumed by current semester courses and students get only 12 points (maximum three arrears) for reappearance.

Those failing in even semesters (March/April) could reappear for backlogs only in next March/April.

The same applied to odd semester exams. These two regulations have been removed now.

Below Are the Old Rules for 2017 Regulation in Detail:

As engineering is degrading in its quality year by year. The Anna University Chennai has formed a team of hundreds professors to come with a plan to solve this problem. They took fifteen months and nearly fifty meeting to set new rules. The main aim is to increase the pass percentage and course completing students. With quality knowledge on the subject they study in engineering. 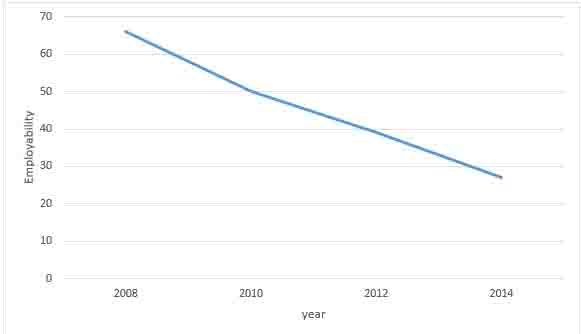 The main and key feature for the students in the new rule is that. They have an option to leave two subjects in their current semester and finish it in their later semester (OR). They can add two subjects in advance if they can handle those subjects and can finish it with their current semester. University only allow to make choice with a maximum of 6 credits based on the subjects. This option comes for engineering students from 3rd semester to 8th semester.

Anna University have named this new system as (CBCS) Choice Based Credit System for its affiliated colleges.

The Professors in Anna University says that the students will be given an option and opportunity to do their internals once again with the next set of students. This will give the arrear students an option to attend the classes with their juniors engineering students. But the attendance is not compulsory for those classes, it is the student choice and his/her will to attend.

Anna University has approved this rule to replace the existing arrear system and this is only for students joined this year.

The maximum duration for finishing the course will be fourteen semester for the higher secondary school finished students and twelve semester for lateral entry students.

With the guideline of All India Council for Technical Education, Anna University has introduced few new courses. They also offers open electives for students to select from the specified list for a particular department. Courses to enhance employability were also add to add value to the students for practical training.

Anna University is also allowing the students to undergo online course from the courses given by centre for academic courses.

They also believe that these new rules can upgrade the value of engineering in the upcoming year by providing employment opportunity. As of now the semester 1 and 2 syllabus are only provided to the engineering students. Whereas these new rules can only be used from the 3th semester to the 8th semester. Anna University say that they will be releasing the other semester syllabus for regulation 2017 soon.