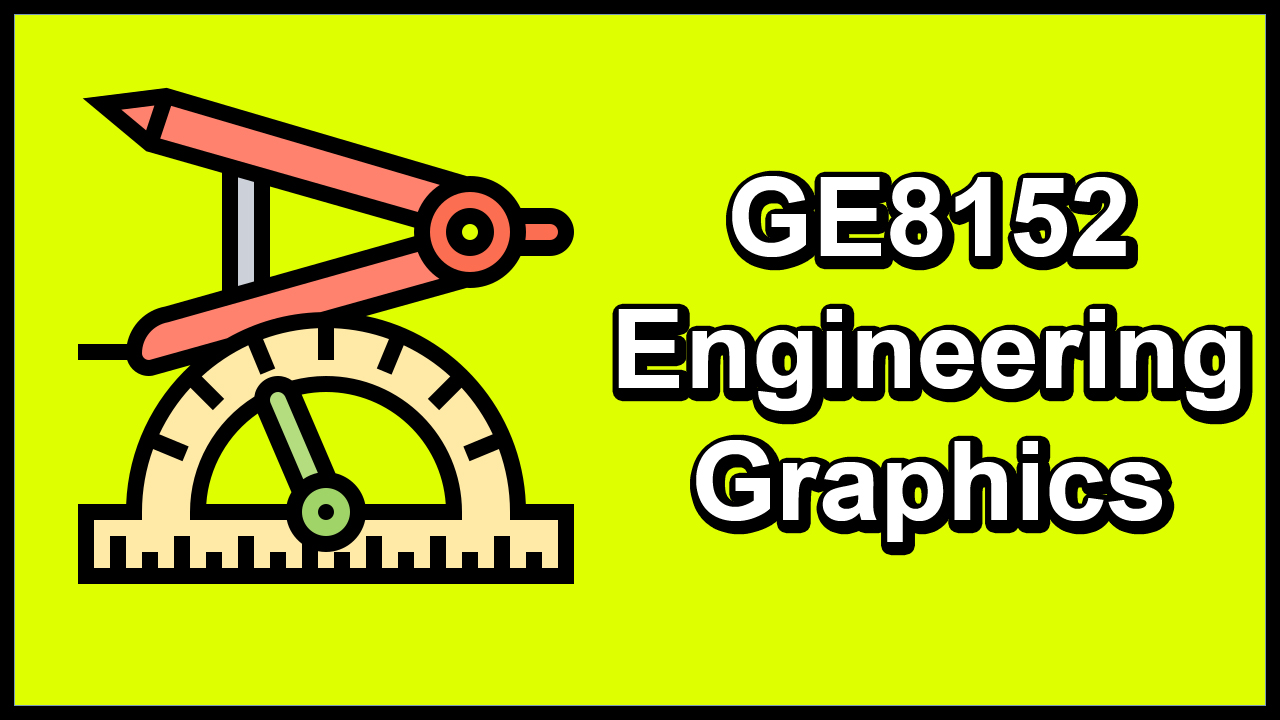 CONCEPTS AND CONVENTIONS (Not for Examination)

(GE8152) Importance of graphics in engineering applications – Use of drafting instruments.BIS conventions and specifications. Size, layout and folding of drawing sheets – Lettering and dimensioning.

Projection of simple solids like prisms, pyramids, cylinder, cone and truncated solids when the axis is inclined to one of the principal planes by rotating object method.

UNIT IV PROJECTION OF SECTIONED SOLIDS AND DEVELOPMENT OF SURFACES

Sectioning of above solids in simple vertical position when the cutting plane is inclined to the one of the principal planes and perpendicular to the other – obtaining true shape of section. Development of lateral surfaces of simple and sectioned solids – Prisms, pyramids cylinders and cones.